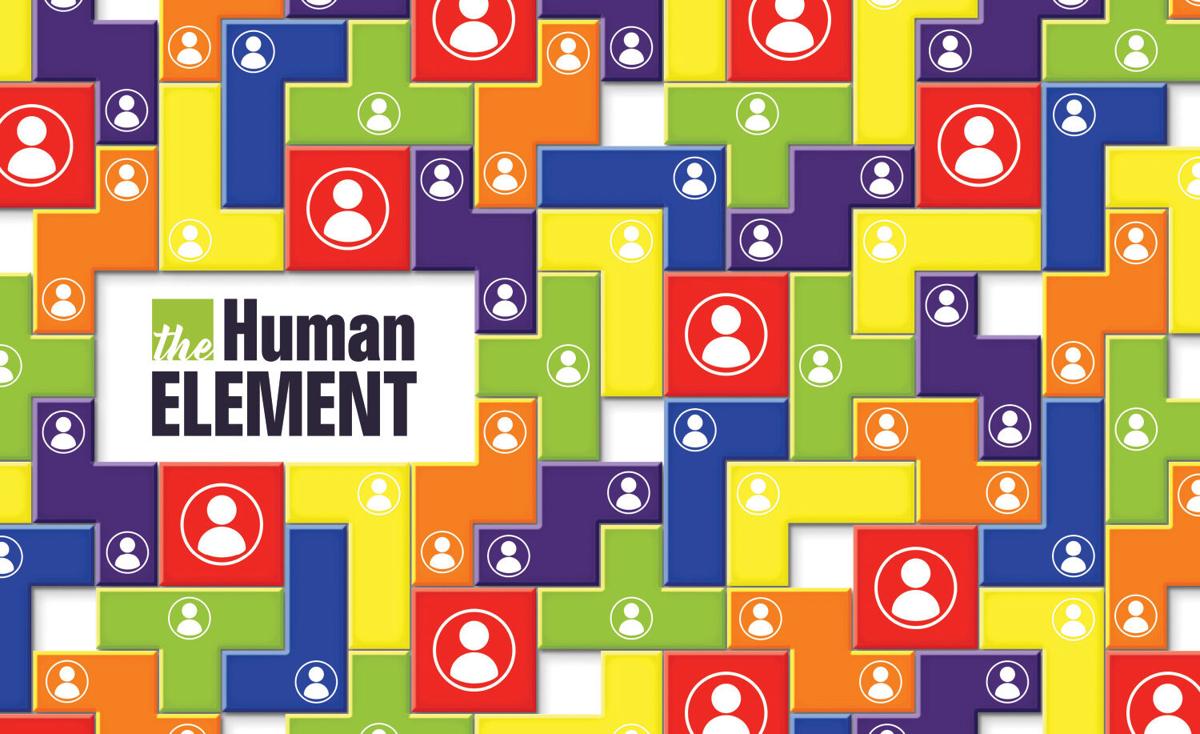 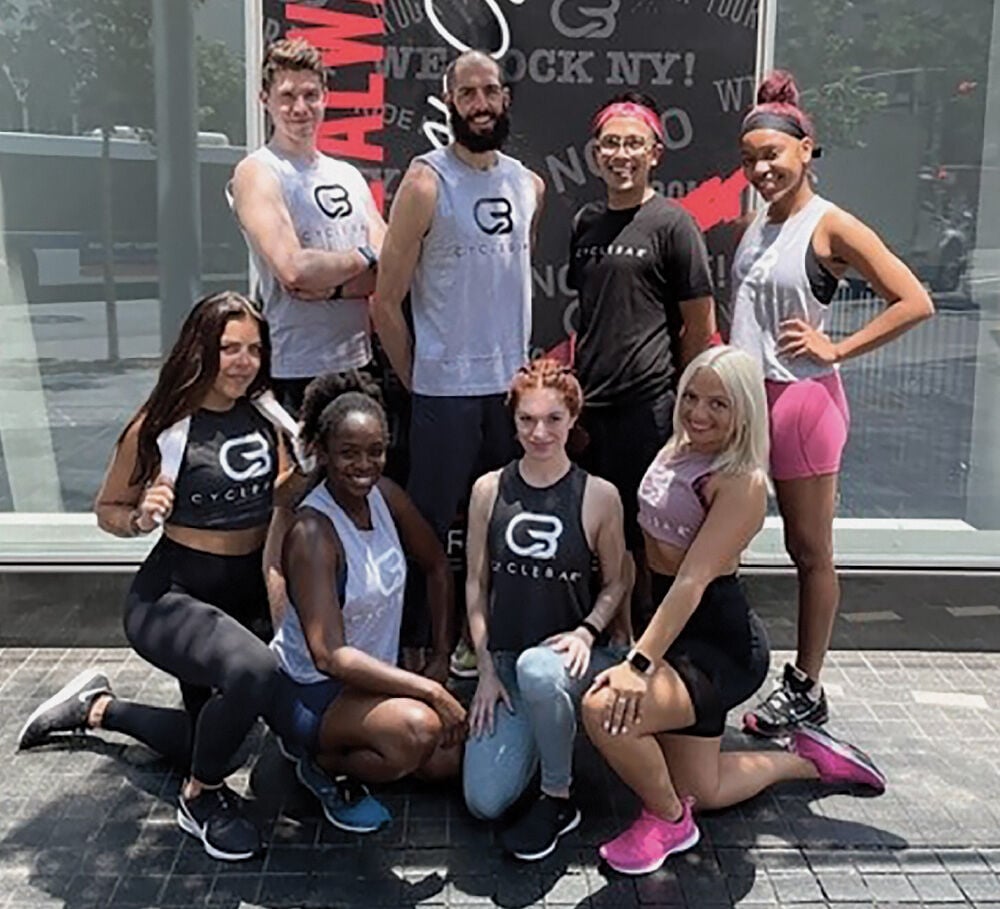 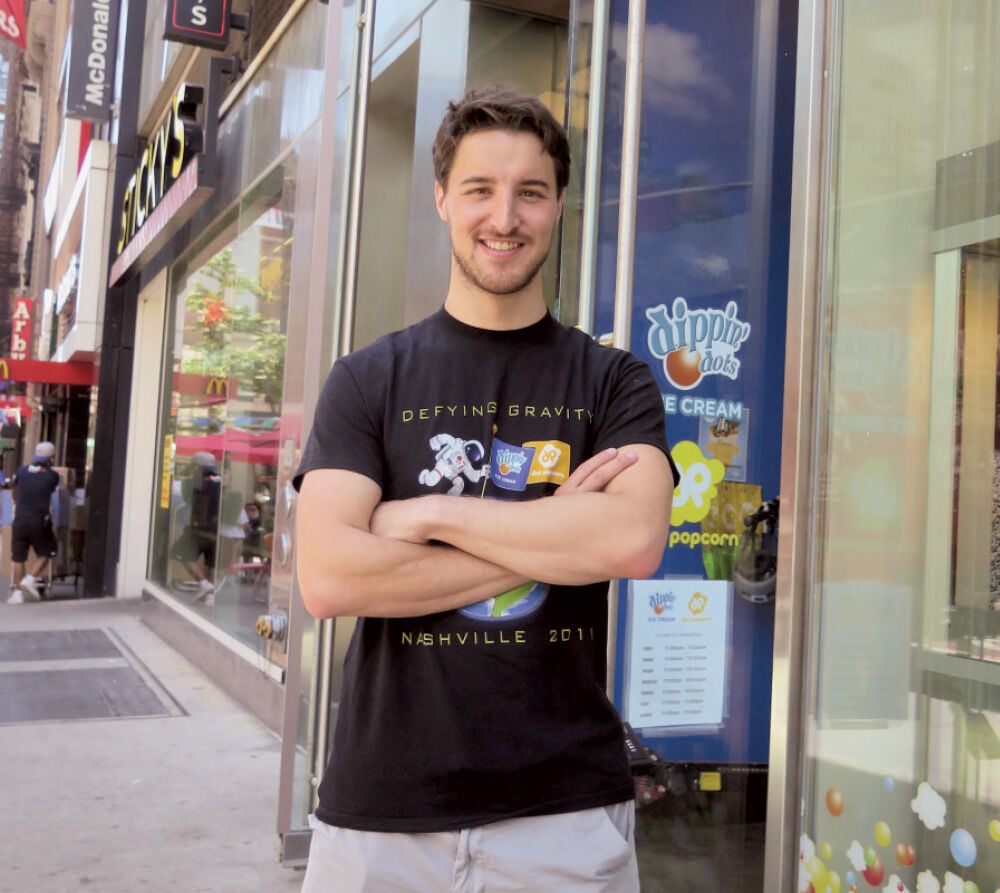 Dippin’ Dots owner Neil Hershman puts his team in charge when he leaves on annual trips.

“Ohhhhhh, my headache is already starting,” says PatchMaster CEO Paul Ferrara, only half-jokingly, when asked about the labor shortage. “Everyone’s talking about it because everyone’s experiencing it.”

The Labor Department reported in June a record 9.3 million unfilled jobs for April, even though more than 9 million Americans remained unemployed. Employers filled only one in 15 new positions that month.

Besides reaching for the Tylenol, here are 10 things franchise employers are doing about it.

1. Guerilla marketing. “I’m not going to sit around and wait for the labor market to change. There’s jobs that need to be completed,” said Ferrara about the drywall repair franchise PatchMaster, which is building a stronger career center on its website.

“What I’m telling our franchisees: get out and do guerilla marketing tactics. Go to Lowe’s, go to people on job sites, just asking and finding who’s available. They have to be aggressive in getting their employees, because it is a very tight labor market. It’s not going to just come to you,” he said.

PatchMaster is also “trying to change the way people look at drywall repair. It’s not just a job, it’s a career,” he said, and PatchMaster is discounting franchise fees for repair technicians who want to own their own business. “We’re going to do all these necessary steps to make all these changes, and then when we get to the other side of this employment crisis, it will really allow our franchisees to grow.”

2. Perks for staffers. PB Metro is a New York City-based franchisee operating 16 Pure Barre studios there and now opening six CycleBar indoor cycling studios after taking over the leases from Flywheel. A single class is $39 for a drop-in. “If you work for us you can have free unlimited rides,” said Kaitlin Vandura, CEO of PB Metro, who also upped its recruiting power by hiring the director of training and talent acquisition from Flywheel.

“It’s such a great perk. And it’s a great work environment. How nice is it to go to work in your fitness apparel? Super comfortable,” she said. “Clearly the client experience is our utmost” focus, “but the employee experience is, too.”

3. The personal touch. Finding caregivers at ComForCare, a home healthcare franchise, is “all over the place,” said J.J. Sorrenti, CEO of parent company Best Life Brands. “There are a significant number of franchisees” that have no issues with hiring. “There are a significant number that are turning business away” for lack of caregivers. “It’s pockets, it’s state-dependent, it’s locality-dependent.”

He cited a franchisee in the Northeast who began personally delivering personal protective equipment to caregivers at their homes before work. “Then he took it a step further. He knew because he had been building personal relationships in driveways, he would make sure once a week he’d deliver lunch. When they see the extra effort by their owner, they want to do anything” to keep helping clients.

4. Raise wages, if you can. “It is tough coming out of the pandemic. I believe people are demanding higher wages now and they have a lot more options,” said Jay Jasunas, who operates a Row House fitness franchise in the Denver suburbs. “It’s a very tight market despite the percentage of unemployment,” which in Colorado this spring was double the rate pre-pandemic.

Minimum wage is $12.10 per hour in his area, and he pays a little more than that for front desk staff, but after closures for months, finances are tight.

Daniel Jan, chief operating officer at Seniors Helping Seniors, said his home healthcare agency is better off than some because it employs mostly people who are 50-plus, not the target demographic of other agencies.

“Occasionally we do have to turn down some business, but we’re not scrambling to find caregivers generally,” he said. “We’ve seen the client rates go up significantly the last six to 12 months, because we’ve also had to raise wages for our caregivers.”

How much of an increase depends on the locale. “What you’re paying in Boston is so different from Texas. If I had to take a guess, I would say a 10 percent markup over the last year…especially in states where you have that drive to $15 an hour, those states are definitely going up. That gets passed on to our clients.”

Reached the week after the promotion, Wayback President Pat Conlin said online applications numbered “a little over a thousand” during the hiring event, and they had yet to tally up the in-store results. “We’re waiting now to hear back from how many interviews are scheduled,” he said, which is when the applicants can redeem their free fries.

“It came about in talking in the last few months with our national franchisee advisory council and the issues the franchisees are facing around the country with the labor shortage,” he said. “With that franchisee board we put our heads together to see what we could do to help the franchisees out, and to have some fun with it, ‘apply for fries.’ You’re not winning a new car, but we wanted to have some fun.”

6. Signing and referral bonuses. Conlin at Wayback Burgers said the brainstorming session with franchisees focused on: “How do we attract new team members, and how do you keep the ones you have, and to get them involved to recommend friends, family members, fellow students to come in and apply for a position at Wayback.” If existing employees recommend someone and they get hired, some franchisees will give monetary bonuses.

“It’s almost like baseball or football, to hire new employees they’re giving a signing bonus, and you get X amount if you work for three months and another X amount if you stay for six months. It’s not just the restaurant industry,” Conlin said, but also happening at “our foodservice distributors and manufacturers and hotels, it’s across the country.”

He declined to state the amount of bonuses being given, because that’s up to individual franchisees.

7. Proactive raises. Nick Bertagna owns two Hammer & Nails men’s grooming salons in Columbus, Ohio. “I was in sales for 20 years, the same company selling medical sales. And guess how many times they came to me and said, ‘Hey, we want to give you a raise.’ Zero.”

When he became a business owner, he vowed to be different. “We’ve been open a little over a year and I’ve gone to at least five employees if not more, and said, ‘You’re doing a great job,’ and giving anywhere between $1 and $3 an hour raise. I’ve given my manager 5 percent of the business, because she’s amazing.”

He offers all employees incentives based on how many members the studio gets. “So when we get 250, I give them 250 bucks. 1,000, same thing,” he said. “That was always my goal, is reduce turnover. I always wanted to create a great culture, approach them with raises based on how I see them performing, and make sure we pay a little bit more, especially to people who do a great job.”

8. Increased responsibility. Every year for 11 months, “I work seven days a week, then three weeks to a month I take off,” said Neil Hershman, franchisee of five 16 Handles frozen yogurt shops and one Doc Popcorn/Dippin’ Dots store in New York City. And he’s really off the grid during that time—most recently, in June, he was climbing Mt. Everest.

That means his employees, whom he promotes readily whenever they show excellent effort, are put in charge of a 60-employee, six-store operation. “I think it helps the team step up,” he said. “If you’re always leaning on somebody, they’ll get the mindset” of deferring decisions. “They realize they are actually running the stores. They realize the importance of their job.”

9. Wait it out, but watch the rhetoric. Most people contacted for this article believe an extra $300 per week in unemployment benefits from the feds is the reason people aren’t coming back to work, and they applauded those states that ended the benefit this June; the end of that program everywhere is scheduled for September.

But an Aurelio’s Pizza shop in Illinois stepped onto a political landmine by posting a sign: “Sadly, due to government handouts, no one wants to work anymore.” The franchisor said the shop owner took the sign down immediately and “offered to apologize to other franchisees across the company,” the Chicago Tribune reported.

In other words, the labor shortage is political, just like everything else pandemic-related.

10. Shop the competition. “It comes down to competition, and you have to see what your competition is doing in your market area. If you’re not the same competitive wage, that’s really the entry point. That number has to come up,” said Conlin of Wayback Burgers.

But he means more than check the competitors’ wages. “You have to spy on your competition and see what they’re doing. It sounds terrible, but I always used to do it. When we go into other restaurants, and you see an employee that’s doing a good job, you try to cozy up to them…and try to steal them,” he said.

That cuts both ways. “We had a franchisee on Hilton Head Island, and there it’s traditionally tough to get people. The employee was taking trash out to the dumpster area, and they were approached by a manager at the dumpster, who said, ‘Hey you know what? Come work for me” and he’ll pay a bonus. “It’s strange times.”