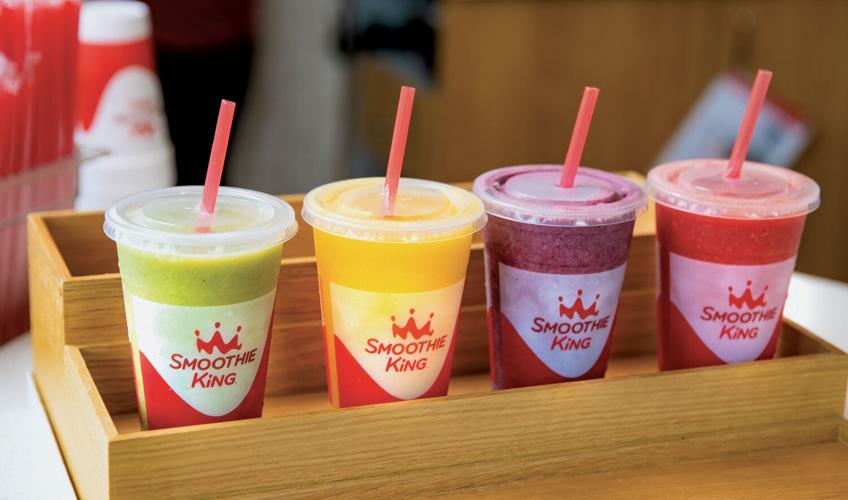 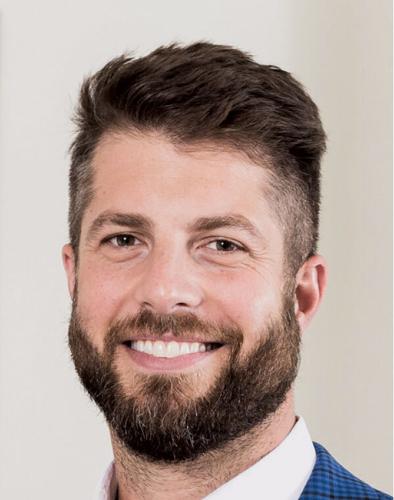 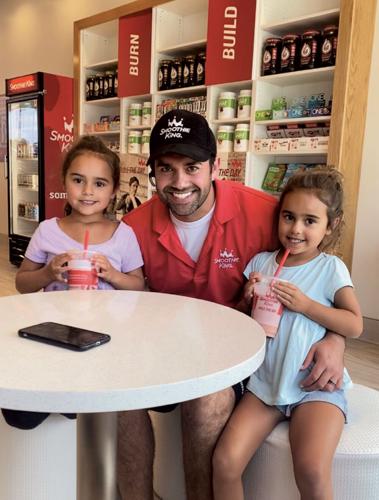 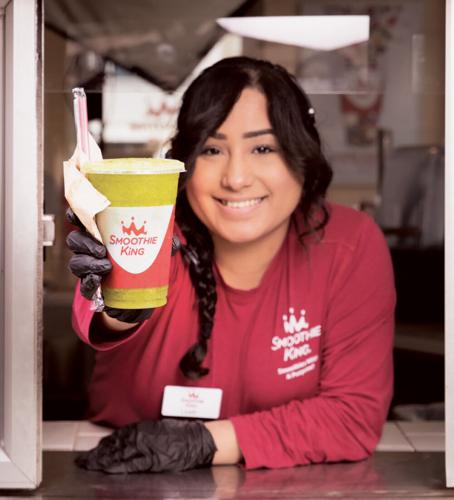 With 1,300-plus stores, Smoothie King is the largest brand in the Drink Up category. 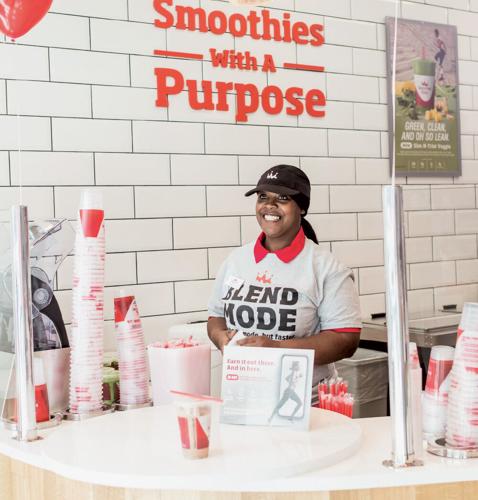 High customer service standards are a focus at Smoothie King.

Eric Grush had been working at his dad’s Smoothie King store for 15 years, seven as general manager, before making the leap to open his own location, in 2013. “I always felt like I could do it on a larger scale,” said Grush, who added he “didn’t want to be a manager forever” but his dad wasn’t motivated to open more stores.

Now Grush is well on his way to that larger scale. He and business partner Brett Lawson started with one unit in the New Orleans metro before adding four in Birmingham, Alabama. Their store count grew again last fall when they acquired the three Smoothie Kings in Murfreesboro, Tennessee, and another in Birmingham.

While his dad “had his own way of doing things,” success in the system, said Grush, comes from sticking to the model, following brand guidelines and keeping costs in line. “Operationally, we have some pretty good systems in place. We’re very diligent with our labor and our cost of goods, which are two things key to the business,” he said.

Employees are held accountable to customer service and quality standards, and with unit growth Grush said he’s been able to offer career opportunities beyond a part-time job.

“We went through a period where we were losing people because growth wasn’t happening fast enough,” he said. Now he has assistant managers and GMs at each store, plus regional directors as his operations stretch across three states.

The quick rollout of digital ordering and delivery channels during the pandemic has continued to drive sales, said Grush, especially at those inline stores, which see digital volume of 30 to 35 percent versus about 20 percent at the drive-thrus.

With that expansion comes development in newer markets such as Birmingham, where Grush wants to build more units and where he’s amplifying corporate marketing efforts with his own direct mail campaigns and even billboards.

“To get people to realize we’re not dessert, we’re a meal, that was a big hurdle for us,” he said. It’s a brand position the franchisor is also working to reinforce since starting its “cleaner blending” initiative in 2017 to remove artificial ingredients, create smoothies without added sugar and introduce non-GMO fruits and veggies.

Franchisees, said Grush, “saw a pretty big jump in food costs” early on but he credited the corporate team with helping get those costs down.

“It’s tapped us into a different group of people that wouldn’t have come to us,” he said, and more menu innovation, such as the addition of keto smoothies, keeps the brand in step with consumer trends. “The thing I like about Smoothie King is they’re always evolving.”

Evolution on the technology side, however, has been slower.

“One of the major areas we can improve is our POS system,” said Grush, which franchisees can now only access using a desktop computer and which he added needs to “be a little more with the times” in terms of reporting dashboards to give operators better insights into the business.

Even with his experience at his dad’s store, Grush said he talked with numerous franchisees before signing an agreement of his own and said that’s probably the most important thing a prospective owner can do. “And I’m still always picking the brains of the larger franchisees,” he said.

Brandon Shamy did the same before opening his first Smoothie King in Hillsborough, New Jersey, in 2008. One franchisee gave him a “true peak under the hood,” and Shamy said he was drawn to the concept because of the easy-to-manage inventory, low product waste and ability to operate with fewer employees per store, depending on volume, to maximize profitability.

At the time a recent graduate with a business degree from the University of Maryland and a loan co-signed by his dad, he was also able to get into the system with one store, while other franchises he researched wanted multi-unit commitments right away.

He’s grown his unit count to five and is building two drive-thru locations. “My best store does over $1 million and my lowest store does $350,000 … but I can still be profitable off that lower-performing store,” he said.

He emphasized the importance of training and setting high expectations for customer service and product consistency early on with employees, something he struggled with. Investing in strong managers, meanwhile, has paid off. Two of Shamy’s managers have been with him for 10 years and another for seven, “and I’ll do anything I can to have them with me forever,” he said.