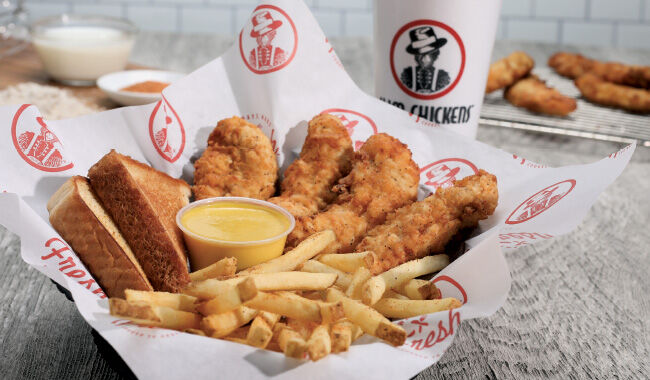 The only people more fanatical than customers about Slim Chickens are franchisees. 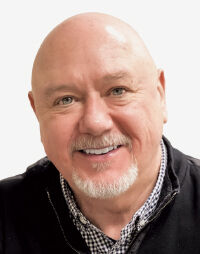 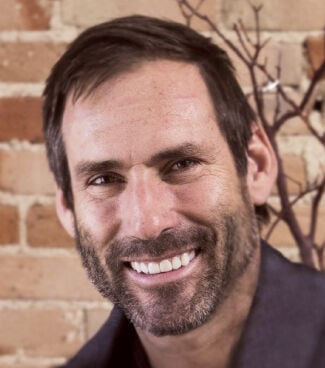 Franchisee Will Smith is eager to grow across Colorado and Utah. 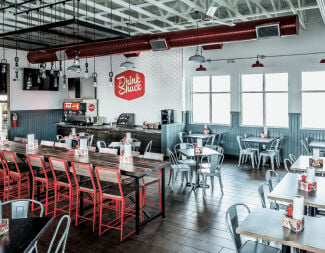 Welcoming and airy, the dining rooms at Slim Chickens are simple but enticing.

Franchisees in Slim Chickens are some of the most fervent owners out there. They are planting flags in the largest territories they can, growing as fast as they can and telling anyone who will listen which of the 17 sauces is their favorite.

For being part of a 90-location brand, Colorado-based franchisees Will Smith and his partners are exceptionally feisty.

He and his LOVE Restaurant Group were looking for a way to diversify the business. One of the partners, Byron Wheeler, said the three key partners undertook a rigorous selection process and the ideal brand had to have a long list of qualities. It had to be a “vibrant brand,” it had to cater to everyone from the president to their grandmothers, and it had to be something they were proud to operate.

“We seriously looked at five companies, but I’d say about 20 different opportunities. When we flew to Arkansas for discovery day, we had a list of reasons why we weren’t going to do this and the key words that if we heard we’d get up and walk out,” said Wheeler. “At 11 p.m., we went through the drive-thru of a Slim Chickens and ordered way too much food for three humans. And we ate the chicken for the first time and our lives were changed forever. Then we stayed up until 1:30 a.m., threw out all the ‘nos’ and thought of how we could secure the largest area possible.”

Suffice to say, the chicken was pretty darn good and so was the hospitality. The group said the only thing better than the never-frozen chicken fingers, wings and the signature sauces they feasted on was the management team. Several members of the executive team, including COO Sam Rothschild, have deep backgrounds in legacy franchising.

“We really like the management team, we felt like they were really sincere people and really knew what they were doing with other brands,” said Smith. “We predicted accurately that they were going to come off the runway and we reached into our pockets pretty deeply to get a couple territories.”

They’re up to six locations since signing a multi-unit deal in 2018 and aim to have 30 locations open by 2023 across Colorado and Utah.

A desire to diversify beyond his 14 Taco John’s locations and into the explosive chicken segment also brought franchisee Mike Sartwell to the brand. He narrowed his search to Slim Chickens and a couple others, but he said Slim Chickens execs even came out to see him and his operation in North Dakota—a unique move for a franchisor. When he returned the favor, he said the team at the Fayetteville, Arkansas, headquarters made a strong impression.

“They’re committed to being very selective of franchisees and they wanted to see our operation and make sure we had the organization to help this brand,” said Sartwell. “We went out and visited Slims and we talked to everybody at the corporate offices, all the way from training, purchasing, marketing, development, construction, and visited with the founders to hear their story. When we were all done, we were completely sold on Slims. It was pretty amazing to see this smaller chain and all the systems they have in place for a chain their size. We felt like they were ahead of some larger brands.”

One part of that system is a robust and highly involved opening process. There’s a large checklist that operators and the brand work through, and Sartwell said it’s nothing like what he’s seen in a handful of other brands. The support didn’t stop at opening day, either. He said the structure was palpable when the opening of his first location in Minot, North Dakota, turned into a door buster.

“One of the things they do is send a minimum 10 people to open. They’re there a week before to make sure everyone is trained and a week after they’re open. And in Minot, we were the busiest opening in history. We were all scrambling to keep up. They committed additional people for additional time to make sure we got through that,” said Sartwell.

Demand hasn’t slowed, and he said the biggest problem he sees is just keeping up.

“We were looking at doing better than average, so we’re looking at wanting to have a restaurant do a minimum of $1.8 million or $2 million, and what I ended up with was a $3 million restaurant—not a bad problem,” said Sartwell.

Getting enough fresh chicken has been the biggest difficulty for him. He said because chicken is so hot right now and he’s not in a major city, he’s seeing some high prices. The brand also heavily favors that A-plus real estate everyone is fighting for.

The average unit volume at Slim Chickens was just under $1.5 million in 2019, with an investment range of $841,000 to $1,739,000. While the costs are higher, the volumes seen at Sartwell’s and Smith’s operations make those investments easier to digest.

Slim Chickens looks good on paper in our Zor Awards research. It has a low investment range, a good royalty rate and a strong ROI in our calculations. There’s also a sentiment that the brand’s true horsepower is just coming into view. Some of the numbers shared candidly by franchisees and others point to an exciting brand among some very successful competition.