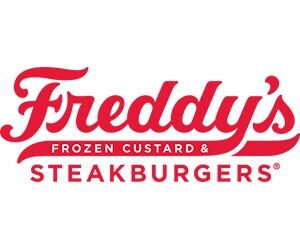 Scott Redler and brothers Bill and Randy Simon founded this burger concept in 2002. The brand is named after the Simons' father, Freddy, whose burger recipe the founders recreated for their chain.

The first Freddy's location opened in Wichita, Kansas, and the first franchised unit opened just two years later in Hutchinson, Kansas. The company is still headquartered in Wichita and has more than 300 locations across the United States. It recently entered the international market with locations in the United Arab Emirates.