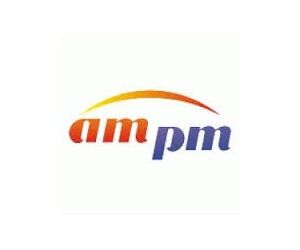 This convenience store concept has more than a thousand locations in the U.S., specifically in states such as California, Nevada and Arizona. It is owned by BP (British Petroleum), a British multinational corporation based in London.

Offering hot foods, energy drinks, coffee and snacks, ampm also has a mascot named Toomgis who is made of snacks and provides a humorous social media presence.

In the U.S., units are often attached to an ARCO or BP-branded gas station. After the division of ARCO between BP and Tesoro, franchising rights for ampm were split on the West Coast between BP for the northwest (Washington, Oregon and Northern California) and Tesoro for the southwest (Arizona, Nevada, Utah and Southern California).